Luxventures.eu podcast talks to people who’ve mastered navigating the expat life in the Grand Duchy, explores tips and tricks to do so yourselves and provides some light entertainment on your daily commute to and from work/school/gemeng/parent-teacher conference… 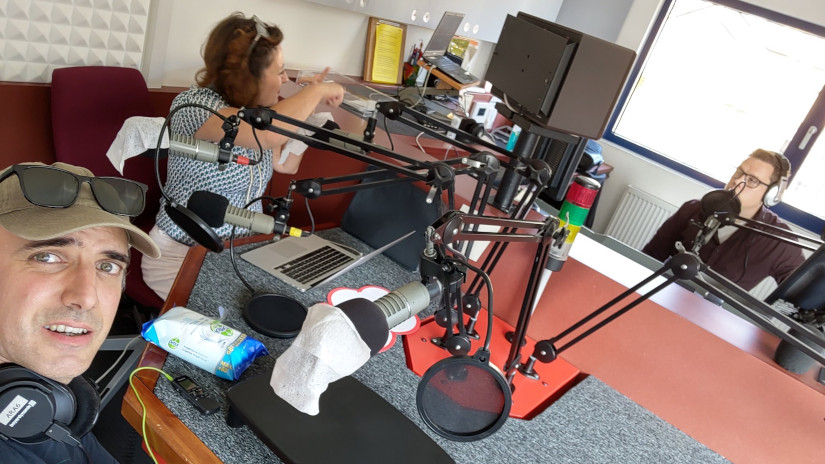 The third season of Luxventures kicks off with Ara City Radio’s very own Sam Steen. In the week when even the largest daily newspaper in Luxembourg had to announce it will cut 80 jobs, Ara City Radio is fighting its own existential crisis. Which is why Sam, host of the wildly popular Morning show, let himself be convinced to do his Big Fat Stupid Marathon show.

When we talk about how bad the media have it, we almost never talk about Luxembourg. It seems that because the country is relatively well off, there is an assumption that every sector of the industry and strain of the society is well off, as well. Well, actually…

What’s it like to do radio for 33 hours straight, what makes Ara City Radio special and how he even ended up in Luxembourg, Sam and I discussed all that live on his show, where a guest – me – interviewed the host – him. As always, there are tips and tricks for all of you who’ve only recently come to Luxembourg.

There was even swearing involved at the beginning, but I cut that part out, for those of you with sensitive ears. Namely, with the interview being done live and whatnot, the whole thing began with Lisa, the station manager and a one-time guest on this podcast, venting a bit.

Not a bad season opening, even if I do say so myself. Thank you for tuning in – or downloading, as it were – and if you can, please leave a review and rate this podcast, wherever you get your podcasts from.

More importantly, check out Ara City Radio’s website, appropriately named aracityradio.com, and donate to keep the radio going, if you can. Sam may have completed his radio marathon but we all still need you to #SupportRadioARA.

As for Luxventures, the podcast will be back next month.